Because it’s the right time for a scandal!

Hazel Gower, Khloe Wren, Jess Buffett and Tamsin Baker are introducing a new series, Scandals! To celebrate we are giving away a copy of each book to one lucky winner as the stories are released. For your chance to win, simply complete the tasks on the rafflecopter below. Remember the more tasks you complete, the more likely you are to win!

A huge thank you to Jay Aheer, the wonderfully talented cover artist over at Evernight Publishing for creating these beautiful covers! Links will be coming soon… 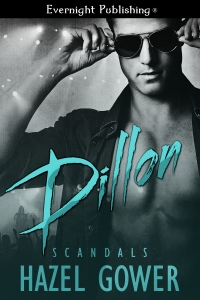 I know I’m hot stuff, not only am I in the hottest boy band, Right Time, I’m young, good looking and rich. What more could I want? I never sleep with a woman more than once and I’m the first to admit I’m a manwhore, but when I meet Ashlyn Dobbs and she joins the tour for a week I start to rethink what I really want.

I’m on my first overseas vacation. I intend to spend a little over a week with my best friend who is a back-up dancer for the hottest boyband. When the tour flies to America I’m going to go off exploring on my own for two weeks. Well, that was the plan, until I met Dillon from Right Time.
Can you fall in love in such a short time? Will a long distance relationship work between Ashlyn and Dillon? 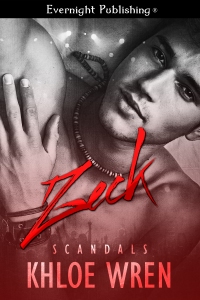 Being in the internationally successful boy band Right Time had been everything I had ever wanted and more. Well, except for one thing, or should I say one person, but I had long ago acknowledged that I couldn’t have both and to be happy with what I had. That was until he showed up in my life again. And then nothing made sense.

For years I had pretended I didn’t care. Ignoring my feelings had become second nature to me. That was until my niece begged me to take her to see her favourite boy band Right Time for her birthday and I came face to face with him. In all fairness, she had no idea the can of worms she’d be opening. And in all honesty, neither did I.

Alec
My life was so perfect before all the guys started falling in love. Now I’m the only one not hooked up. Being famous, rich and young should be enough I know, but I wouldn’t mind finding someone who looks beyond my muscles and bank balance.
Joanne
My life was on track. I was close to finishing my University degree, I had enough money to get by and I was happy. That was until I met Right Time’s singer, Alec. The playboy managed to get himself drugged right in front of me, and I couldn’t just do nothing! That’s when my life became far more complicated.
Will the young doctor-to-be be able to resist one of the hottest boys on the planet?

Click HERE to enter the giveaway for your chance at winning a copy of the whole series!