I have a treat for you today. The charming Raven McAllan is back and this time she’s sharing one of her first ever stories that’s been revamped and released through Evernight Publishing. I have one word to describe this post. Yum! Be warned this story is going to hook you. Wait till you see the cover too. It’s cool. Take it away, Raven.

When this book first came into being, it was somewhat different. It was one of the first stories I wrote and was published by a now defunct publishing house. When I got my rights back, I looked at it and thought hmmm, not bad but could do better.

So I got stuck in fell in love with Sael all over again, realized the dilemma Livvy had and listened to them telling me how they resolved it—or not.

To be honest I hadn’t realized how hot it is, or how much I enjoyed seeing how much their two worlds collided. Even I had to find out how their basic ideals were the same but oh so different and what their basic dilemma shows about their heritage. It’s a love story, yes, but it’s also good versus bad, and different lifestyles traditions and well… I’ll not give too much away, except the title says it all.

Sael isn’t a traditional devil, oh no he’s both more and less. Is this as clear as mud? But do I have you intrigued? I do hope so.

This is the blurb…

When Livvy releases the devil within, he comes with sex that is out of this world—and the small matter of a life or death and decision. As for Sael, he has never met a more ornery or sexy as hell human than formerly-vanilla teacher, Livvy.

She belongs to him, for now, and this devil Dom will try everything in his power to ensure she stays his.

He needs her complete submission to survive, but even if she gives it, will it be a happy-ever-after or hell on earth?

See what I mean? No one in their right mind is going to turn down spectacular sex, surely. But you see everything comes at a cost, and the cost here might just be too much.

Here’s a wee tease for you…

“Come for me.” His voice was soft, persuasive, like liquid silver that slid over her skin and into her mind. Livvy stirred and moaned.

“What?” She wasn’t sure she’d heard right.

“Come for me. Put your fingers inside yourself, and then use your wetness to rub your clit, touch your nipples, and make yourself come. You know you want to. So do it now.”

His tone was mesmeric, and it compelled her to respond.

I want to? Well, her body did. Her pussy got wetter as he spoke, and her nipples puckered under the silky top she wore. Before she realized what she was doing, she began to do as he asked. God, she was wet, achingly so. Her clit throbbed for a touch, her nipples stood proud and hard, and her body became alert and primed.

“Why?” she asked. She opened her eyes—not a dream then—and her heart missed a beat.

He looked at her, the twinkle in his eyes at odds with the seriousness of his face. She had never seen a man so beautiful, with long black hair and deep blue eyes that touched her soul. A sear of heat crossed her skin, and she ached to feel his long, elegant fingers on her body.

“Because where we’re going, you’ll to have to trust me totally. If you do this, I’ll know you do. This is giving yourself to me utterly, letting me see you as you come, see you at your most vulnerable. And”—he paused—”it’ll turn me on.”

Yeah, that’s more like it. She continued the steady strokes inside herself. If anyone told me I’d play with myself because someone asked me to, I’d have said they were doo-lally. And I’m doing it. She’d sort out the whys and wherefores afterwards. After what Livvy didn’t think about.

“Well, are you ready to find out? Find what is in the recesses of your soul? See what you release in me? Other than semen?”

Poor Livvy, she’s no idea has she? Mind you she’s soon going to find out all about the devil inside the recess of your soul, and whether he’s good or bad.

I suppose it does depend on your definition of good and bad though doesn’t it? After all surely everyone likes a bit of bad boy in their Dom…

But—A Devil Dom? Hmm that could well be a different matter…

If you like Sael and Livvy’s story, you can purchase it here

If you want to know more about Raven, here’s her nosy links,

Raven Lives in Scotland with her own special fella, who she admits does have a bit of a devil in him at times. Their children have flown the nest, and as she says, her 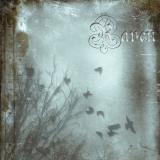 and hubby rattle around in a house much too big for them. However as it’s on the edge of a forest and local visitors include Red Squirrels, Deer, and the occasional lost tourist, not to mention people looking for the nearby B and B, they and their two cats are loath to move.

She can never remember not reading or writing, and her dolls were very long suffering, as they listened to her meanderings. If you want learn more, her nosy links are all to be found on her website.