I’m excited to have the beautiful Leslie C. Ferdinand at my blog today. Check out that cover, so sensual. Clicking on the cover will take you to her page on Amazon. Below you’ll find the blurb, her picture, bio, and the trailer. You can find Wicked Allure at Amazon, Smashwords and Lulu, however one lucky commenter is going to win an ecopy of Wicked Allure! AND WE HAVE  A WINNER…SEE THE COMMENTS BELOW…THANK YOU TO ALL WHO ENTERED!!!

But First, we have a Q & A from the stars of Wicked Allure. Please help me welcome Zachary Steele and Madigan DeLeon.

Zach, Madi, tell me a little about yourselves.

Zach: I’ve led a very privileged life as one of the sons of a well-known businessman.  My mother was the glue that kept the family together.  When she died, our world fell apart.

Madi: I have also led a very privileged lifestyle.  I’m the youngest daughter of a socialite mother and a businessman father.   I have two older sisters and we’ve been labeled everything by the media.

Zach: Most of which isn’t good.  They need to get their stories straight before it is reported.

Madi: You’ve said yourself that, before you met me, you believed a lot of what was being circulated.

Zach: And I learned my lesson.

Zach, watching your father grieve must have been difficult.  How did that affect you?

Madi: It nearly wrecked his life.

Zach:  After watching my father suffer after my mother’s death, I equated love with pain and heartache.  I didn’t want a family and I didn’t want children.  I decided to live for the moment and to lose myself in any type of pleasure I could find.

Do you think your well-documented past affects people’s perception of you?

Zach: Certainly. I’ve made mistakes in my life but I make no apologies for who I am.

Madi: Zach lived on the edge for a very long time. His reputation as a bad boy is well-earned.

Zach: You wouldn’t want me any other way, love.

Madi: Not at all.

Does it ever concern you that Zach might return to that lifestyle?

Madi: Not any more. And, after what we’ve been through, I have complete faith in him.

Why did you start using drugs in the first place, Zach?

Zach: It was there and available to me.

Zach: Yes. I love beautiful women. I’ve been blessed with one of the most beautiful.

Did you give up using and women because of Madigan?

Zach: Women, yes. I refuse to disrespect Madigan and all that we have by sleeping with another woman.  As for drugs, no. I’d stopped using long before I met Madigan.  I had to straighten up after my father’s death.  I had to step up to the plate and run the family company.

Madigan, your mother asked you to run her sex club.  What kind of a mother would ask that of her own daughter?

Madi: A woman with very little motherly instincts. I don’t recognize her anymore. She isn’t the woman who raised me.

You didn’t have to agree to run Wicked Allure.  Why did you? Was it because of Zach?

Madi: He’s so full of himself, isn’t he? He was only part of the reason.  My mother threw down a challenge and I wanted to prove myself to her.

You did use again recently. Why?

Zach: To exorcise thoughts of Madigan. I regret the use that night. I’ve made a pact to myself to never do that again.

You two have agreed to a no-holds barred interview.  So let’s turn to one of your favorite subjects, Zach.

Zach: I don’t recall any complaints from you, Madi.

Madigan, Zach is twelve years older than you. You hinted that he wants control in every aspect of his life. Does he dominate you in the bedroom?

Madi: That is one part of our lives that I don’t mind him controlling. He’s an expert lover.  He has tutored my body for his pleasure.

Does the age difference bother you?

Madi: It never bothered me.

Zach: It was a big concern of mine.  I didn’t want to corrupt Madigan.

Madi: You corrupted me the moment I met you.

Did he now? Was it his bad boy reputation that first attracted you to him?

Madi:  A lot of women love bad boys, thinking we can somehow reform them but there was a connection between Zach and I from the moment we met.

Why was it so hard for the two of you two overcome one another?

Zach: Madigan has never been afraid to express her opinions to me or about me.  I admired her determination and spirit.

Madi: Zach can be extremely ruthless.  He wants what he wants when he wants it and no one will stop him from getting it.  Beneath everything, he has a very vulnerable, tender side and he loves his family.

Do you think you and your mother will ever reconcile, Madigan?

Madi: One can only hope.

You’re a grown woman with a life of your own and yet you returned to reconcile with your mother.  Some may see that as a weakness.

Madi: Family is very important to me. I don’t let my mother dictate my life. Not in the least.  But, yes, I would like to have an amicable relationship with my mother.  I think a lot of people will understand that.

What’s next for the two of you?

Zach: Spoiling Madigan.  Planning a very extravagant honeymoon and untold happiness as long as Madigan is at my side.

I want to thank both of you for sitting down for this very enlightening conversation.  We wish you much happiness in the future.

How much fun was that! Now for the Trailer, blurb, bio and Leslie’s pretty picture. Thank you so much Leslie for stopping by today. Thanks to Medi and Zach too 🙂 Now don’t forget to comment for your chance to win an ecopy of Wicked Allure.

What Does A Man Say to the Woman He Betrayed But Never Stopped Loving?

Three years ago, Zachary Steele refused to entertain thoughts of permanency with any woman. A hedonist at heart, he didn’t want to corrupt the much younger, Madigan DeLeon, by continuing his affair with her. With the hidden scars of his past, he didn’t believe in happily-ever-after. By the time he realized how much Madigan meant to him, he’d driven her away. Then, one night, after being clean for a number of years, Zach briefly falls off the bandwagon. He believes his lovemaking to Madi is a drug-induced hallucination. The resulting consequences tell another story.

What Does A Woman Do When the Only Man She’s Ever Loved Hurt Her So Deeply She Feared She’d Never Recover?

Three years after her affair with Zach so abruptly ended, celebutante, Madigan DeLeon, is thrust back into Zach’s life by her mother’s machinations. Brought home under the false pretenses of repairing her damaged relationship with her mother, Madi instead finds herself running a private sex club called Wicked Allure. Forced to confront her anger at his betrayal and grief at the loss of what might’ve been, Madi faces the realization that she’s never stopped loving Zach.

Can Two Broken Hearts Set Aside Anger and Betrayal to Find True Love Once and For All?

Searching the deepest recesses of their hearts, in a place where pride and pain has no room, Madi and Zach must decide if their bond is strong enough to take a second chance at love. Or if resuming their sexual relationship is an irresistible wicked allure and the ghosts of their former relationship will finally, and forever, sever all ties between them. 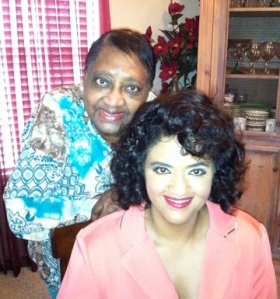 Leslie C. Megahey and Shirley H. Ferdinand have been writing together since 1991. Under their Christine Holden pen name, five books were released by Berkley/Jove between 1998 and 2001. Their last book, Dearest Beloved, had a foreign edition in Dutch. They’ve appeared in New Orleans Magazine, the Times Picayune, RT Book Reviews, the Fort Bend Herald, Fort Bend Lifestyles, and the Natchez Sun. They were also included in Kathryn Falk’s 1998 How To Write A Romance For The New Markets and Get it Published and May McGoldrick’s Marriage of Minds: Collaborative Fiction Writing in 2000. They’ve made appearances on television stations in New Orleans, Lake Charles, Lafayette, Beaumont and Toronto. Leslie has also made an appearance on the Rachel Ray Show and is founder of Inside Rose Rich Magazine. They currently have literary representation with D4EO Literary Agency. This is the team’s first erotic romance.